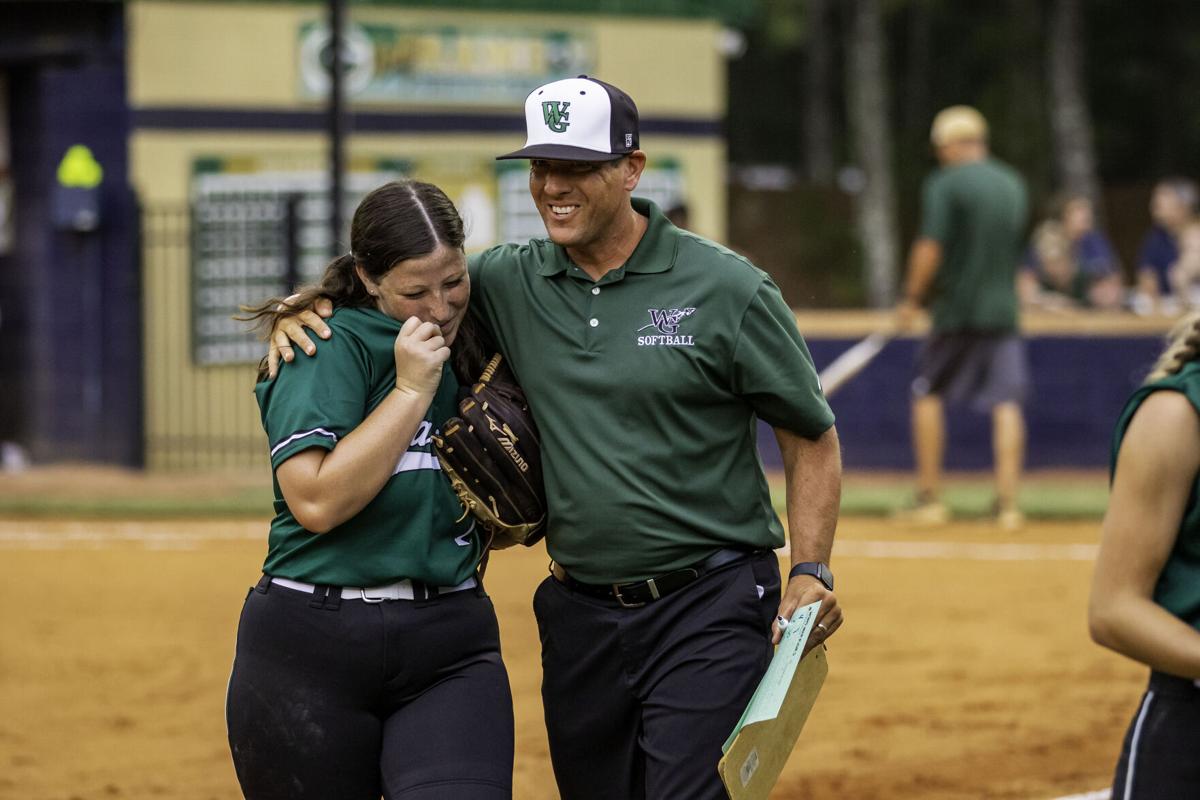 Walnut Grove head coach Steven Foster celebrates with pitcher Jenna Yeary after a 1-2-3 inning earlier this season. Foster picked up his 100th win as a head coach Thursday night with a 11-3 win over Greenbrier. 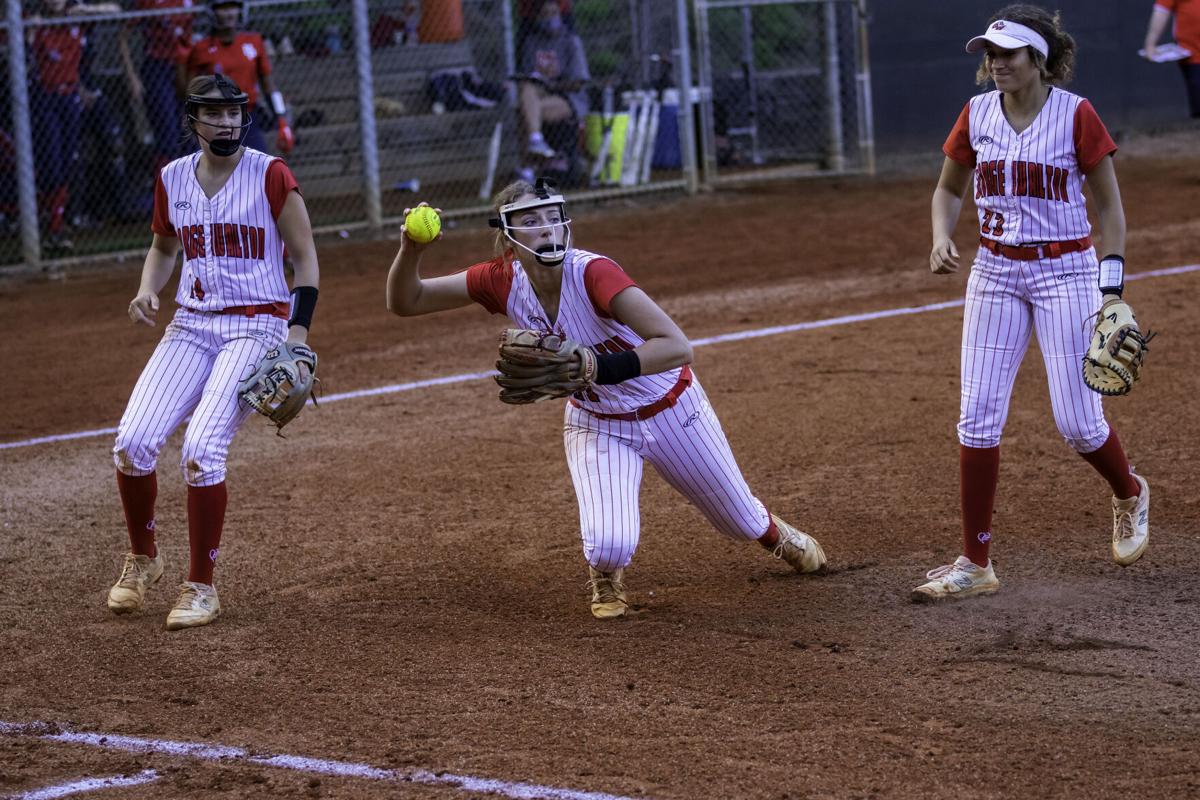 George Walton pitcher Caroline Conner (33) fields a bunt and throws to first during the Lady Bulldogs 7-3 win over Mount Pisgah on Tuesday. GWA went on to defeat cross-county foe Loganville Christian 17-0 on Thursday.

Walnut Grove head coach Steven Foster celebrates with pitcher Jenna Yeary after a 1-2-3 inning earlier this season. Foster picked up his 100th win as a head coach Thursday night with a 11-3 win over Greenbrier.

George Walton pitcher Caroline Conner (33) fields a bunt and throws to first during the Lady Bulldogs 7-3 win over Mount Pisgah on Tuesday. GWA went on to defeat cross-county foe Loganville Christian 17-0 on Thursday.

George Walton continued its run at a return trip to Columbus and the state softball tournament with a 3-0 week with wins over Brentwood, Mount Pisgah and a region win over cross-county rival Loganville Christian.

The Lady Bulldogs’ week got started Monday with a 8-0 win over the Brentwood Lady Eagles in which Caroline Conner logged a five-inning performance with 16 strikeouts.

Offensively, Ellie Woodson and Riley Wilson led the way with two hits each while Taylor Tinsley knocked in three RBIs.

GWA followed up the win with a 7-3 victory of Mount Pisgah where Conner topped her strikeout total from Monday with 18 over seven innings of work.

Conner also helped herself at the plate, going 2-for-3 on the day with five RBIs and one run scored. Wilson was 3-for-4 at the dish while Woodson went 2-for-2 with a 2-run homer in the fifth.

The Lady Bulldog capped off the week with a resounding 17-0 win over Loganville Christian in four innings.

Tinsley picked up the win in the circle with a complete game and 13 strikeouts while also hitting a home run.

George Walton returns to action next week with a three-game homestand. The Lady Bulldogs open the week Tuesday against rival Prince Avenue followed by a matchup with Hebron Christian on Wednesday. GWA wraps up the week with a non-region contest against Class AAAAAAA Grayson on Thursday.

Head coach Steven Foster just needed two wins to hit 100 heading into Thursday’s doubleheader at Greenbrier and by night’s end he had both.

Walnut Grove swept Thursday’s region doubleheader with Greenbrier, winning Game 1, 5-0, before taking the nightcap by a final of 11-3.

In Game 1, senior Jenna Year pitched a complete game on 83 pitches with just two hits while striking out four batters.

Offensively, Kaitlyn Johnson led the way with three hits during a 3-for-3 day while Alyssa Cruz and Gracie Folds had two hits each. Cruz accounted for two RBIs.

Cassie Boatright and Folds hit back-to-back home runs in the contest during the second inning.

In Game 2, Malorie Watson picked up the win in the circle thanks to a six-inning performance with six strikeouts and three hits. Yeary came back in the final inning of the game to close things out.

Boatright blasted another home run in Game 2 with a two-run shot in the fifth. She finished the contest 3-for-3 with two runs scored and three RBIs.

Folds, Nova Wright and Hayley Knight also accounted for multiple hits in Game 2 with Wright and Knight driving in two runs each.

Walnut Grove returns to action Monday on the road at Jackson County followed by home games on Tuesday and Wednesday against Apalachee and Madison County, respectively.