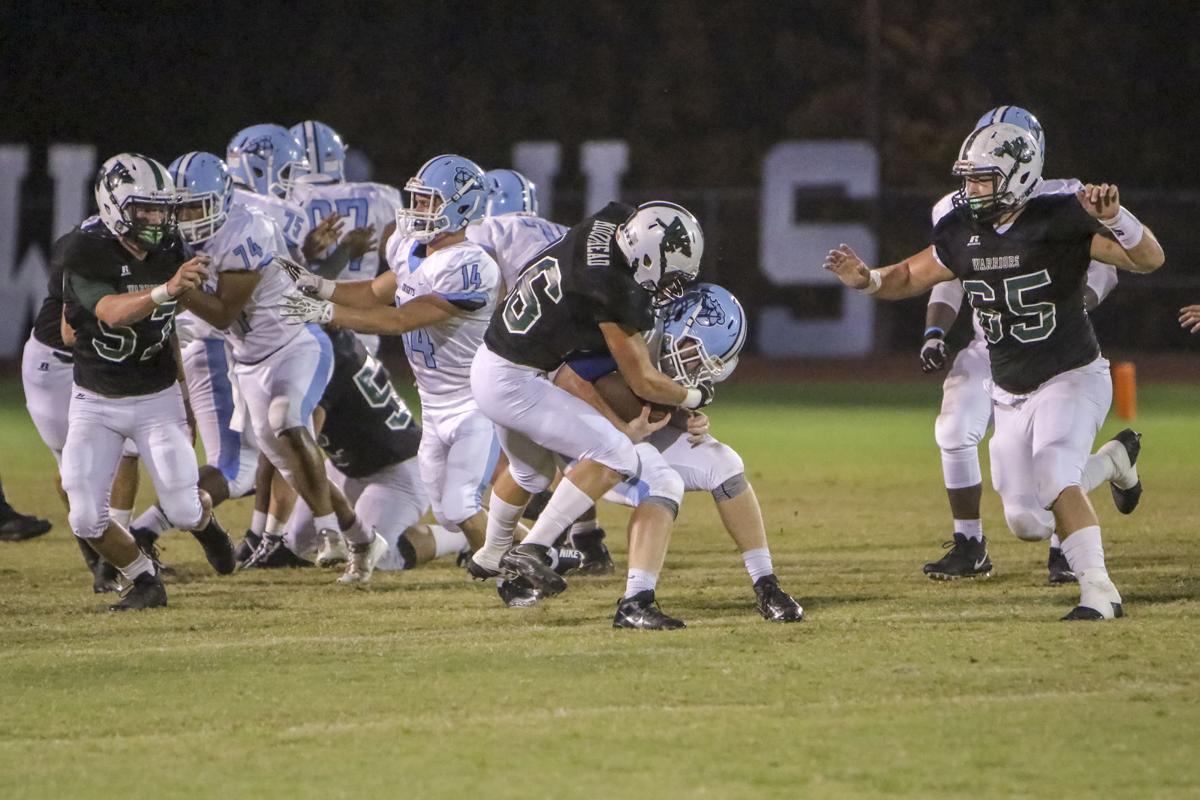 Linebacker Luke Moorhead will be one of coach Robert Andrews’ ‘guys’ he looks to on defense. 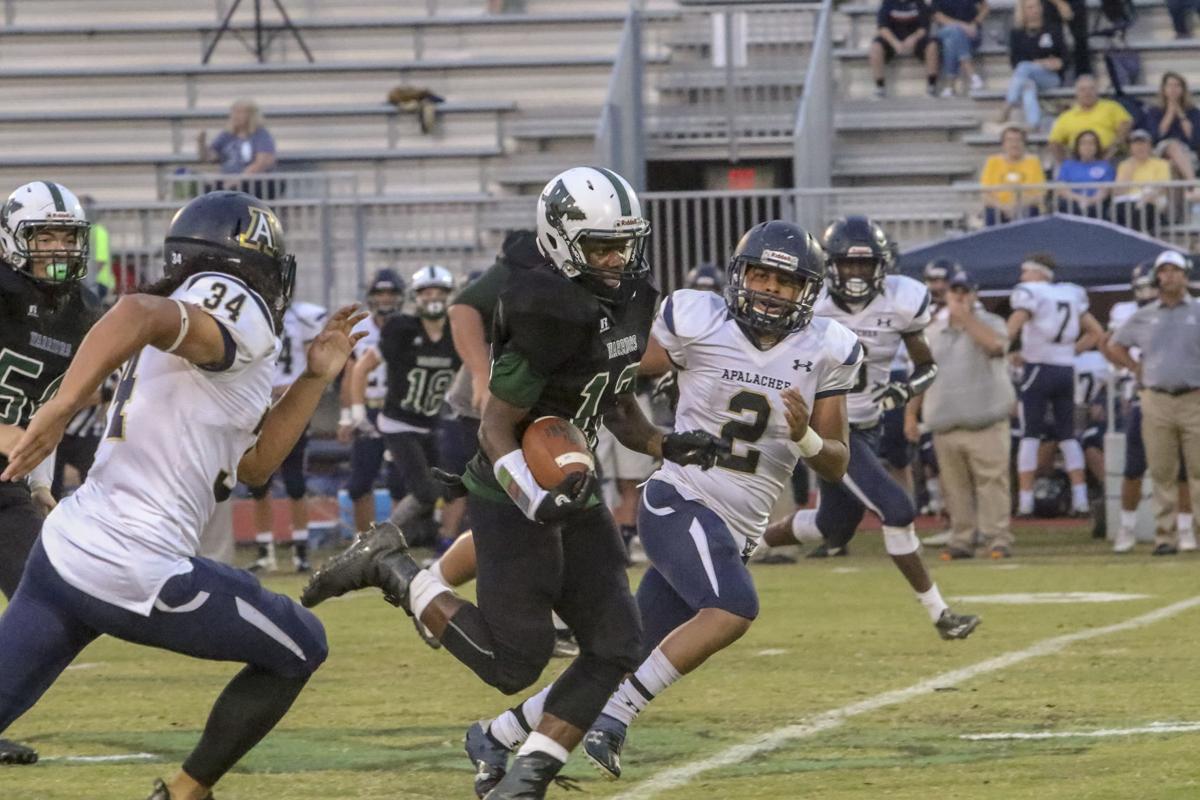 Senior Joc Pledger will be a threat on both the offensive and defensive sides of the ball for Walnut Grove this season. The pre-season Elite 11 selection will move from wideout to running back in the Warriors new Wing-T offense, but also will lock down a corner spot on defense. 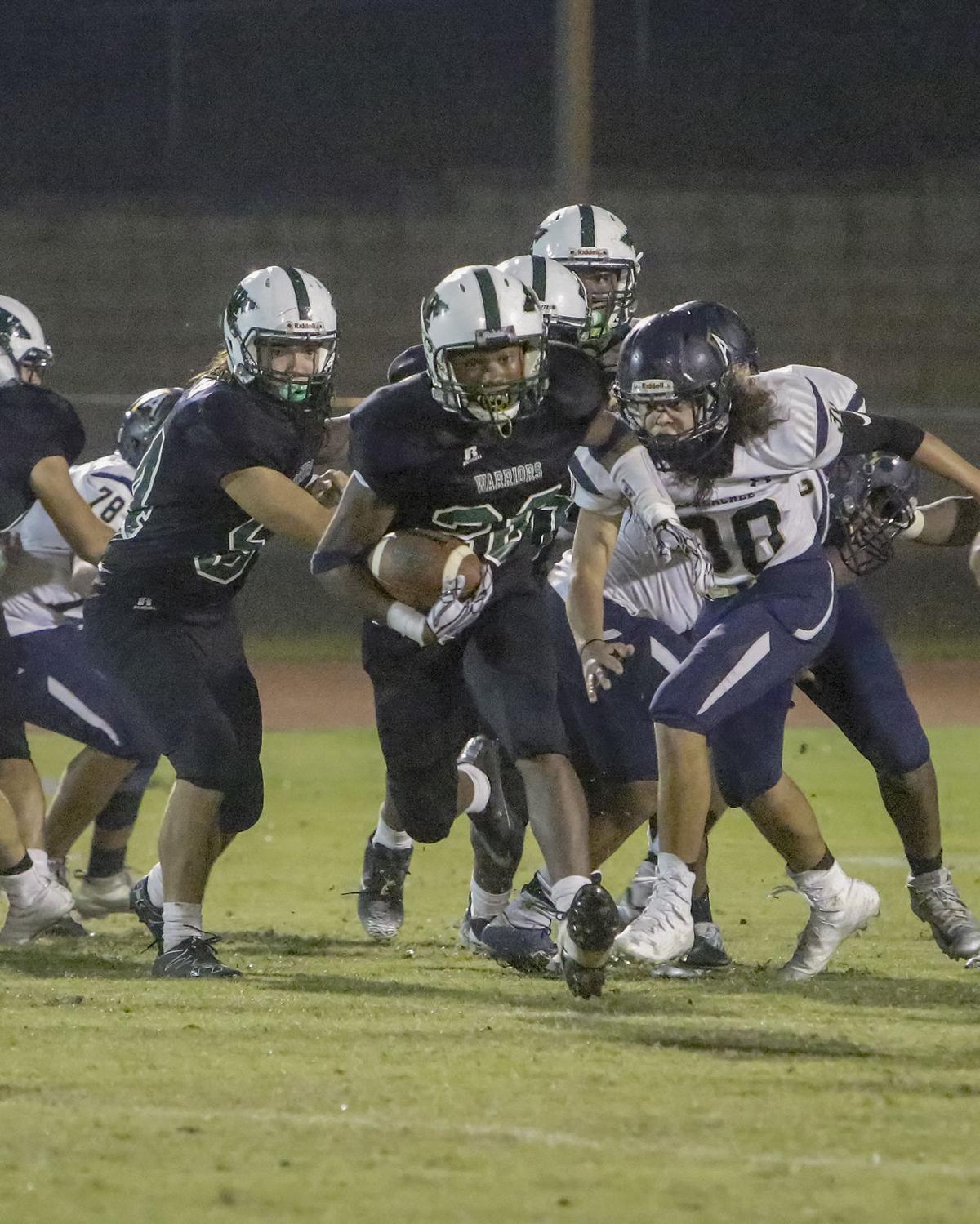 Running back Donique WIlson will be one of many back to get touches on offense this season.

Linebacker Luke Moorhead will be one of coach Robert Andrews’ ‘guys’ he looks to on defense.

Senior Joc Pledger will be a threat on both the offensive and defensive sides of the ball for Walnut Grove this season. The pre-season Elite 11 selection will move from wideout to running back in the Warriors new Wing-T offense, but also will lock down a corner spot on defense.

Running back Donique WIlson will be one of many back to get touches on offense this season.

It’s a new era at Walnut Grove High School. For the fourth time in the school’s young nine-year history, the Warriors will take the field with a new head coach leading the charge.

While Andrews comes to Walton County from Bowden, he’s no stranger to the area. The Warriors new head coach spent eight years as the defensive coordinator for Grayson High School and was the brains behind the “dark side defense” that helped lead the Rams to the school’s first state title in 2011.

All those years coaching at Grayson is reflected in his coaching staff. Many of Walnut Grove’s new assistants either coached with Andrews or played for him while he was at Grayson. In all, seven of the Warriors new assistant coaches are tied to Grayson in some way.

Having his “coaching family” with him at Walnut Grove has made the transition easier for Andrews.

“Football is about relationships and coaching football is about relationships,” Andrews said. “It’s about trust and caring about others. What we have is a group of guys that know each other really well and they’re all passionate about the game, the kids and being the best team we can be. So they’re all working towards the same common goal and trust each other. It’s fun to come to work everyday when you’ve got guys like that around. I’m very blessed to have the staff we have.”

The entire coaching staff, sans for one familiar face, is new to Walnut Grove. Assistant Randy Reed is the lone holdover from Ben Reaves’ staff.

“Coach Reed from the first day I got here I really liked his demeanor and the kids respond to him really well,” Andrews said. “We’re really excited to keep him on staff.”

Running the defense for the warriors this year is Jason Abner, who worked with Andrews at Grayson.

“Super excited to bring him on board,” Andrews said. “He’s another one that’s really great with the kids and did a great job when we coached together at Grayson.”

One of the more notable additions to the offensive coaching staff includes former Georgia offensive lineman Dan Inman, who spent the last two years as the offensive line coach at Central Gwinnett. Inman played for the Bulldogs from 2002-06 and helped lead Georgia to two SEC Championships before returning as a graduate assistant from 2012-14.

“We’re excited to have coach Inman. Football is in his pedigree with his dad and both being head coaches in North Carolina,” Andrews said. “We feel like we’ve hit a home run with him. He’s just a great fit for us.”

Offensively, Walnut Grove will switch from a more wide-open spread offense to a wing-t attack.

“The wing-t is very versatile and it gets a bad wrap sometimes, but if you turn on an Auburn or Clemson game they’re running that offense but more spread out,” Andrews said. “And that’s probably how we’ll be depending on the skill sets of our guys. Every kid brings a different skill set to the table and the wing-t allows us to maximize those skill sets.

“Up front it’s blocking on angles so it allows us to not have to be big upfront every years and maybe allows a kid that’s a little undersized to play upfront. It also gives us an opportunity to get the ball to who we need to get them in space. Places I’ve been where we’ve run the wing-t and wing-t principal have been very successful. It’s what I know and it’s what these coaches know best.

While the Warriors return some talent on offense with players like preseason Elite 11 selection Joc Pledger, Andrews couldn’t just pinpoint one or two players that will be key on offense this season.

“With the way our offense is we’re going to be getting a lot of different guys the ball,” the head coach said. “Without playing live yet we don’t know for sure who all are going to be our ‘go to’ guys. Joc is obviously one of those guys, but we’ve had some other guys step up as well.”

One of those guys that’s stepped up and impressed Andrews is Tyler Lester, a running back who recently moved into the Walnut Grove district from Gwinnett County.

Another player who has impressed Andrews on offense is actually a defensive star. Preseason Elite 11 linebacker Luke Moorhead will also see time in the backfield on the offensive side of the ball.

“I know he’s a defensive guy first, but he’s got a lot of potential to do some things on offense,” Andrews said.

While his pedigree may be defense, Andrews is relying on his defensive coordinator to fully implement a new 3-4 scheme.

Abner will be relying on Pledger and Moorhead to be leaders on the defensive side of the ball.

It’s common coach speak to say that special teams is a third of the game, but Andrews is committed to emphasizing that aspect of the game.

“When you look at close games, about a third of the time it’s a special teams play that made the difference in the ball game,” Andrews said. “We’re going to focus on being really good on special teams because it’s an important part of the game.”

The Warriors are looking to make the playoffs for just the second time in school history, but Walnut Grove’s 2018 schedule won’t be a walk in the park.

Walnut Grove opens the season at home on Aug. 24 with George Walton in the first ever meeting between the two schools. But Walnut Grove also gets to renew its rivalry with Monroe Area on Sept. 7.

“Monroe Area definitely jumps off the schedule after the success they had last season,” Andrews said. “But our goal is to go 1-0 each week.”

Walnut Grove remains in Region 8-AAAAA this season, but the region lost one team in Flowery Branch, leaving the region with six teams total including cross-county rival Loganville. Theoretically, the Warriors could win just two region game and squeeze in the playoffs, but that’s not what Andrews wants.

“Every game is important, especially the region games,” Andrews said. “We’ve got a good schedule. Its a tough schedule, but it’s a good schedule. With a new offense and a new defense it’s going to take a little time to maximize our kids’ abilities. Luckily we play five non-region games before we hit that first region game, but they’re all important. n